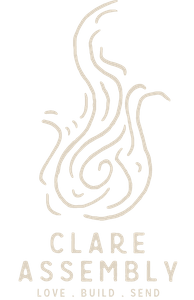 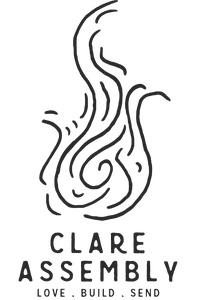 Some thoughts from Pastor Scott Harper on how to be a Good Samaritan in today's culture.

Most Americans recognize the term Good Samaritan. Jesus tells the story in Luke 10:25-37. The story shows us three approaches to life.

What’s yours is mine.

The robber leaves the man almost dead as the man travels down the Jericho road. So common was theft that the road is called The Bloody Way. The robber demonstrates the view “what is yours is mine and I am going to take it”. We must reject being a taker in all its forms.

What’s mine is mine.

For the frequent social media user, they must understand that Big Brother really is watching you. It is not the government, it is a super computer on the other side of the screen recording everything you do and then pulling you in for more time. This influence is sold to advertisers. The golden rule of the tech giants is they have the gold and so they rule. So many science fiction movies show the robots taking over. Through the tech giants, the computers already have.

They will feed you information to keep you engaged so that you stay longer so that tech companies make more money. This has the effect of making the world smaller for the 2.3 billion users. The users begin to believe that much of the world is exactly like them. They create their own truth based upon the info the giants feed them with the express purpose of keeping them engaged. For a percentage of the 2.3 billion this results in a culture of rage. They are emboldened by feeling that so many people agree with them. Tech has provided this illusion. Those who disagree are blasted.

What’s mine is yours.

The Samaritan stops and helps the man and pours in the oil and wine. He shows the approach “what is mine is yours and I am going to share it”. The Samaritan is a living example that you reap what you sow. This unlikely hero gives life to the phrase be the change you want to see in the world. All Americans see that change is needed in life. Many statements start with the thought “someone needs to do something”. The someone is you!

When we know the story, we miss the kicker that the Jews and Samaritans hated each other. The Samaritans were viewed as compromising during the Assyrian captivity of the Jewish people. It is quite likely that Jewish parents told kids about bad Samaritans and spoke in hushed tones when they saw them. Surely the Samaritans did the same thing. Picture the hostility between Catholics and Protestants in Ireland. It would feel like that but without the violence of Ireland. When Jesus talks to the Samaritan woman at the well, he intentionally passes through Samaria to demonstrate that he is a barrier-buster. John 4:9 from this story says “For Jews do not associate with Samaritans”.

So who would the Samaritan be if Jesus told the story today? It is a good question to consider. The Samaritan represents “the other”. It is the person we have not gotten to know but believe they are somehow bad. Such judgementalism tends to paint one group of people with the same brush. The reality is people are much more fluid and don’t conform to the stereotypes that people want to put them in.

If Jesus spoke to a group of diehard conservatives, the Good Samaritan would be an ANTIFA member. If Jesus spoke at a BLM Rally, the Good Samaritan would be a KKK leader. I can just hear people responding, “A KKK leader would not stop to help the man!” That is just what the Jewish people thought about the Samaritan. That is the point of the story. Both sides were so blinded that they could not conceive of a person breaking through with mercy. James says mercy triumphs over judgement in James 2:13.

In the movie Best of Enemies, clan member CP Ellis is the Grand Cyclops of the clan in Durham, NC in 1971. Ann Atwater is a local Black civil rights activist. The movie tells the story how the two formed a lifelong friendship that was forged in the personal suffering of both of them. God touched the heart and really changed CP Ellis, who became a vocal supporter of Martin Luther King’s views.

The Samaritan story does not tell us if the Samaritan acted in keeping with his nature or if he changed in the moment. That is part of the point. People are capable of change.

Recently I saw some political signs tossed in the ditch. This is the action of a taker. May we purpose to not be takers. The mindset of the taker emerges when Americans attack the motives and patriotism of those they disagree with. Let’s step back and pour in the oil and wine. These are both metaphors of healing.

In the story the lawyer who wants to justify himself asks, “Who is my neighbor?” He wants to limit the love that is the greatest commandment. The lawyer wants the neighbor that he is commanded to love to be a small group of people like him so therefore he is not commanded to love in a way that would make him uncomfortable.

Jesus ends the story by saying go and do likewise. May we become a Good Samaritan by reaching out to others. May God give grace to love “the other” so often and freely that it just becomes second nature. They just might be bleeding and dying by the side of the road.